FIFA, the world football body recently announced that Jürgen Klopp is the Manager of the year. A very prestigious award and endorsed by the international community. Liverpool became UEFA Champions League winners in 2018/9 (European Club Champions) beating Spurs, Barcelona, Bayern, PSG along the way.
What is special about Klopp’s management that every club wish to have him as their manager? Why every media wants to interview him?
He is definitely, an outstanding pillar in the success ecosystem. These are among the many top reasons why Liverpool is so strong and consistent both in performance and characters in the team.

As a Management trainer and consultant in Leadership, I have analysed, Klopp’s key leadership competencies which are critical and which has won admiration, especially in raising the average players standards to superior performance (e.g. Henderson, Milner). Klopp has done wonders in four years to make Liverpool great again. How? He understands the chemistry make-up of the young successful Liverpool Team, so well to be able to motivate them to outstanding levels. His rapport with the stakeholders is well documented. Klopp’s exceptional traits are plentiful: 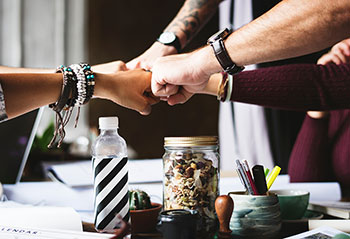 To Be All That You Can Be